Why Going To Pen And Paper First is Important 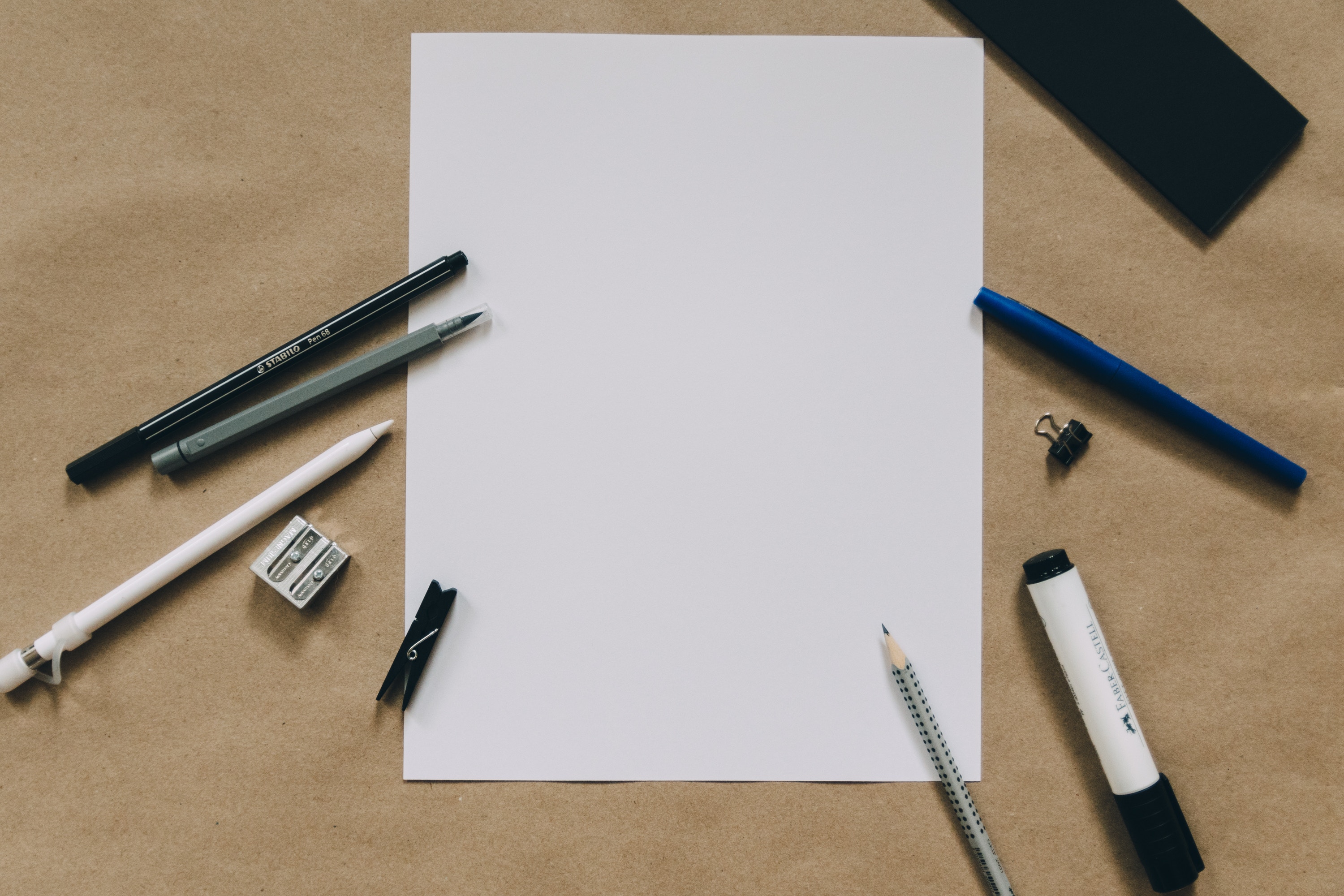 With phones, computers, and the internet currently taking over the world, the traditional or “old school” way of doing things can often be forgotten. Although going back to pen and paper may seem foreign and even scary to some, maybe they’ve never even done it, visual thinking is a tool that has immeasurable benefits for everyone in the workplace, particularly for UX designers.

The most common excuse you’ll hear when asked to put pen to paper is, “I can’t draw.” First drafts are not meant to be beautiful works of art--that’s just not how it works. Whether first drafts or sketches are seen by others or not, feelings of vulnerability and hesitation can create unrealistic expectations. Even I, as a designer, struggle with this when in public. By going to pen and paper first with your ideas, we can reap the benefits from this antiquated technique. Here are 10 reasons why pen and paper should be the first step.

Close the laptop. Turn the phone over. In today’s social media-driven world, procrastination is always just one click away. When faced with a piece of paper, there aren’t nearly as many distractions. Using a pen increases focus on what is actually being written or drawn when pen is pushed to paper.

2. It can be done anywhere and fast.

Whether in a meeting or on the bus after work, pull out a pen and jot down sketches and annotations. Using visuals is often more helpful to remember ideas and concepts than words on their own. Think of a new user flow for your customers? Write it down.

By using paper user flows and prototypes, user testing can begin earlier. Because the tests are made out of paper and pen (or pencil), iterate quickly based on feedback, and change things that don’t end up working or making sense the day of testing.

Remember teachers saying handwritten notes will help retain knowledge better than typing? Well, the same is true with idea production. Handwriting requires complex cognitive functions that allow the brain to draw and develop unconventional connections and solutions. These new ideas can also be starting points for discussions and brainstorming sessions.

5. Thoughts and problems are easier to solve and organize. Without Google and Dribbble at your fingertips, this forces thought organization and synthesis. Seeing your problems on paper helps you see it in other perspectives and come up with new solutions.

Using pen and paper is more stimulating and requires more work than using the computer. There are no keyboard shortcuts, no templates, no delete buttons. Starting from scratch, thinking about decisions and remembering mistakes, takes more time. But a slower pace can actually enable more to be accomplished. On a computer ⌘+Z can be a crutch. By reflecting more, overall understanding, and creativity can be improved (Konnikova, 2014).

7. It can help bring shared understanding to a team.

(This reason doesn’t necessarily have to be with pen and paper but it doesn’t hurt.) By using visual thinking, a team can more easily understand a new concept or design. Images are far more powerful in terms of memory, context, and overall processing by the brain. Visuals show relationship and context, are more memorable than words and can be interpreted easier. Remember this for future meetings and presentations. Not only does it sharpen drawing skills, but it further ingrains common UIs into the brain.When it’s time to move on to the computer, it’ll be easier and more intuitive to create when faced with that blank screen. It’s also great research to see the common elements between popular websites and apps.

Be sure to blink after staring at the computer for nine hours straight. Take a break and mix it up. By practicing a little bit each day, something can be created that is useful to others, may become a part of a new work cycle or just a stress release during the day.

Lastly, it shows how difficult problems are solved. Showing the process is one of the most important aspects of being a UX designer. Showing how and why a certain test, design, or color is chosen is critical. As an added benefit, it looks great in a portfolio to showcase the lifecycle of a piece. I personally have gained a great deal from incorporating handwriting into my work cycle and everyday routine, and hope this helps others as well. I’d recommend starting with regular printing paper, a quality black ink pen, an extra fine point tip pen for details, and an accent color pen. Warm up a little bit before starting and good luck!